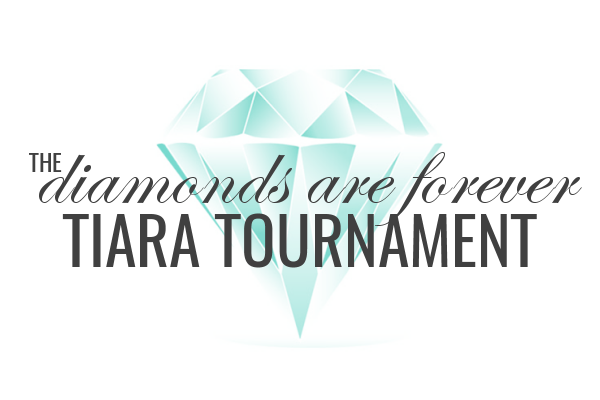 Two tiaras with important floral symbolism meet up in this contest!
The Imperial Chrysanthemum Tiara vs. The Spanish Fleur-de-Lis Tiara
The Imperial Chrysanthemum Tiara
This all-diamond tiara features one of the most important symbols of the Japanese imperial family: the chrysanthemum flower. The piece was a favorite of Michiko’s mother-in-law, Empress Nagako, who wore it on Akihito and Michiko’s wedding day in 1959. Michiko has often chosen this piece for banquets. She also wore the tiara on the wedding day of her younger son, Crown Prince Fumihito, in 1990.
The Spanish Fleur-de-Lis Tiara
This imposing diamond tiara features the fleur-de-lis, a symbol of the House of Bourbon, in its design. It was a gift from King Alfonso XIII of Spain to his bride, Queen Ena, in 1906. The sparkler passes from monarch to monarch in Spain, and it’s now being worn by Queen Letizia.